But if anyone would like to register and join us, please use the contact us form and send me a request.  I’d be happy to register your account with us.

Covert Conservatives is opening membership up to new persons wishing to discuss politics, religion, and other topics people usually avoid.  If you think you can discuss topics, and not attack other members, then this might be the place for you.

Please click on the Forum link and select Register.  Then join in on the many discussions you will find.

We have opened up 2 new Forums for new members.  One for politics, and one for general discussions about anything.  These Forums are not the original Forums we have been using for the past 11 years.  Our Core members wish to keep those private, and we respect that.

In time, you may be asked to join our Core Conservatives Group.  Until then, please enjoy the Forums available to new members.

What’s wrong with conservatives?  Why are we losing out to socialism?  Why does the Republican Party shun the Tea Party?  So many questions, and not many answers.  But there is an answer, and it has everything to do with how we (conservatives) get our information.

Republicans may be shunning the Tea Party and trying to rid themselves of those pesky conservatives.  But conservatives are in the majority when you tally up the demographics.  And the best indication of this is the political makeup of the pundits on the airwaves.  They are more aligned to the true American spirit, which is conservatism.  We don’t hear radio talkshow hosts telling their audience that conservatism is dead, outdated, or is the reason why we can’t get along with everyone in Washington.  Instead, we hear the types of questions that started this article because they, too, are just as concerned and befuddled.

Is conservatism outdated, or too argumentative, or wrong?  I know in my heart that these criticisms of conservatism are not so.  Then what is the real problem?

Put simply, I think that today’s conservative media are obsessively concerned with liberals, their lives, what they say, and what they do.  They are overly concerned to the point that the “New Conservative Media” has really just become another platform for any and all liberal talking points.

If you read The Drudge Report, you will notice that he publishes viewership numbers for the top news outlets.  FOX News reporters are always at the very top, and the alphabet soup outlets are all at the bottom.  Bill O’Reilly usually tops them all with numbers around two million.   I used to look at these numbers as some sort of yardstick of how successful the New Conservative Media has become.  I used to think that these numbers prove that Conservatism is winning.  But I was wrong, and here’s why.

Today’s New Conservative Media, our conservative pundits, and conservative news outlets are all unwittingly spewing liberal talking points.  Think for a moment about what you hear and see from these sources.  Many headlines, news articles, and discussions center on some awful thing that some liberal has said or done.  These headlines, news articles, and discussions are always served surrounded by an air of disgust, sometimes horror, but always prefaced with the now traditional excuse for the story, “If a conservative (or republican) had said that . . .” yada yada yada.

To illustrate why I think this is the wrong approach, let’s take a look at how liberals report their news.  CNN, MSNBC, ABC, CBS, etc., do not report conservative or republican talking points.  You will rarely hear them say, “If a Democrat had ever said that . . .” And you will not see or hear them reporting our side of any story.  If anything, as reported by the New Conservative Media, liberals just don’t say anything.  They remain silent.  And we get New Conservative Media stories on how the liberals “won’t touch that.”  Instead, they focus on their own talking points and magnifying any and all mistakes and blunders of conservatives and republicans.  And from what I can see, it has been a winning strategy.

Liberal strategy also seems to extend to getting the New Conservative Media to republish their stories.  How do they succeed in doing this?  It’s easy.  They simply write an article that will surely offend conservatives.  That guarantees that it will be picked up by Rush Limbaugh or Sean Hannity and reported.  It doesn’t matter that it will be reported prefaced by disgust and sometimes revulsion.  The point of their story will hit home regardless of how it is framed.  Why haven’t conservatives figured this out?

Case in point – Sara Palin and her family have often been the target of liberal insults and slurs.  Let’s say CNN reports that a democrat referred to Sara’s son Trigg in a derogative way.  Now look at the Drudge numbers of viewers for the media.  Instead of only the liberal news outlets reporting this, you can count on everyone on the Drudge list hearing about it.   The New Conservative Media will re-report this tragedy, along with the obligatory shock, horror, disgust, and the now required, “If a republican had said that . . .” Instead of the story having an impact on just a tiny fraction of the nation, the story is echoed by all of the New Conservative Media guaranteeing that all of the numbers on the Drudge Report hear the story.  And even if the New Conservative Media doesn’t report on this, you can count on Drudge to link to the liberal news outlets.  Either way, we get fed a daily dosage of liberal excrement.

Examples of stories we can LIVE WITHOUT:

(NOTE: Breitbart.com has an entire section of their website dedicated to liberal media news articles.  This is the worst example of “the problem”.)

I like Sarah Palin.  It hurts me to read about the mean-spirited liberals who take perverse pleasure in ripping her apart.  And I can’t help but think that the more she is insulted and stepped on by the opposition, the less chance she has of accomplishing anything for this country.

I guess our New Conservative Media think more about their viewership numbers then the sensibilities of the conservatives they think they serve.  And I guess that’s the real answer here.  News is a business regardless of which side you are on.

I think the solution is simple.  Do what the liberals do.  Don’t help the opposition by repeating liberal talking points.  Report on conservative success stories even if you have to work to make them success stories.  And only report on liberals if doing so would hurt that liberal’s image. 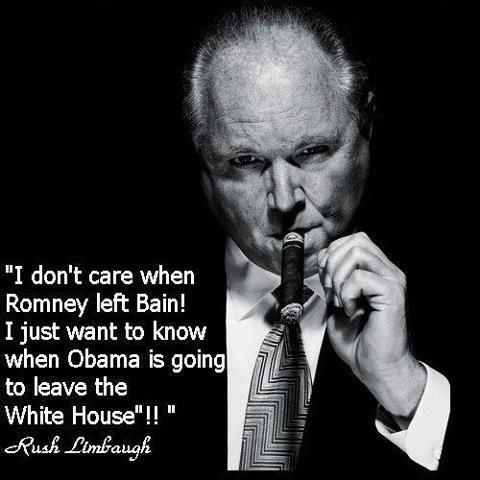